Mac web servers offer some advantages for Apple aficionados over Linux or Windows servers, but it’s rare to find a host that offers Mac hosting. In this article, we’ve done the research for you and we’ll give you some good options for Mac hosting plans.

Although hosting plans are offered almost exclusively with Linux or Windows platforms, it is possible to get Mac-based hosting services. People often want this type of web server because of the remote desktop application, but there are other interesting features too.

Mac hosting handles specific software applications for the OS X platform, they can run a remote iCloud service or some custom projects which cannot run on any other operating system. You’ll get a detailed breakdown of each host later in this post but here’s a quick look at the best 3 hosts for Mac:

How Did We Pick the Best Hosts for Mac?

We’ve reviewed over 1,500 hosting plans and selected the ones which allow for Mac web servers.

We then used our massive database of over 1 million words of genuine customer reviews to identify the top 10 Mac hosts.

What is Mac hosting? What are its benefits and uses? How do I run a web server from my Mac?

What do I need to know about hosting OS X and iOS applications I’m developing on my Mac? How do I find good Mac hosting?

You’ll learn this, and more. Plus I’ll share my personal recommendations for Mac hosting. Let’s dive into Mac hosting and see what it’s all about!

Pros and Cons of Mac Hosting

Here are the advantages and potential pitfalls of hosting your website on a Mac.

What Is Mac Hosting?

While most Web hosting providers only carry hosting plans designed for Linux or Windows operating systems, many have also responded to the increasing demand for plans which work with Mac operating systems as well.

While researching general hosting plans, you’ll like to encounter many highly definitive opinions on whether to choose Windows or Linux as the operating system for your web server.

However, it is also possible to find a specialty provider who can provide a web-hosted server running OS X or iOS — the operating systems for Apple devices.

Running Web Servers on Your Mac

Also, it is possible to run a Node.js or Apache webserver from your Mac, but you can just as easily run a similar web server on a Linux web host. In fact, both Linux and Mac are Unix-based operating systems.

The terminal prompt takes the same Unix commands. Many software packages can operate the system Kernel — which interprets the hardware for use by the applications.

Comparison of Mac, Linux, and Windows

Different “flavors” of Linux use different Kernels, while OS X is based on the “Darwin” Kernel.

Generally, developers choose to run Linux web servers because they are Unix-based, but they are also free — not having a license cost — which OS X does have.

Additionally, Linux can run without an X server — which is the controller of the visual interface that allows a computer to be controlled with a monitor.

To kick things off right, let’s take a brief look at Mac, Windows and Linux side-by-side:

With that clarified, Mac hosting options do exist. With the purpose of handling specific software applications for the OS X platform, they can run a remote iCloud service or some custom projects which cannot run on any other operating system.

If you’re running applications that require the Apple OS X operating system or are developing content for OS X or the iPhone’s iOS, then you may want to look into finding a Mac host.

Many hosting providers who specialize in Macs do so to provide remote computing environments that replace or supplement existing ones.

Hosting your server and running it remotely combines the power of (for example) a MacPro server with the reliability and uptime guarantees that come with your provider’s datacenter.

Mac hosting generally involves a data center that has a multitude of Mac computers prepared and ready for rental.

A Mac computer could also be hosted on a virtual machine as part of either shared hosting or a virtual private server.

At a high level, a Mac hosting environment can provide a way to have a remote desktop at your fingertips — but there are a variety of other popular uses:

Generic web hosting and e-mail services are expected to feature, as standard.

It includes using your Mac to create apps in Xcode, pushing the code to a repository, then pushing it from there to Xcode Server.

Emulating a Mac environment isn’t always the same as running an application on the intended hardware.

For automated testing in OS X, renting remote servers is much cheaper than buying a variety of hardware & devices.

Daylite is an information aggregator for all data in the Mac ecosystem, with a ton of business functions which includes shared native support for iCal, address books, task management, and creative servers.

Filemaker is a relational database platform that runs on Apple devices. It has a graphical interface, allows scripting, and has existed in some form since 1992!

You can easily create and share database-related apps even from templates.

With a high-powered remote Mac computer that has 3D modeling software installed — an array of computers could be used where each one renders a segment of video and then the results are transferred back locally.

While a Mac-hosted website is a good concept for workflow management and team-based solutions, it is not often used for enterprise-level web applications.

When choosing to purchase web hosting with a Mac OS — try to figure out ahead of time what the purpose of the server might be.

Getting Started with Mac Hosting

To start running applications on your hosted Mac server, or to set up Mac-driven hosting for your website, you’ll first need to identify which hosting providers offer Mac servers.

Does a Mac OS X Server Suffice for You?

Once you’ve gathered a few top contenders, simply compare their plans until you find the one which best suits your needs.

Be sure to list out all of your requirements ahead of time and make sure that a Mac OS X server is the right tool for the job.

When your server is ready, a combination of remote desktop, SSH, or another remote connection platform will need to be used — based on whatever those requirements might be.

Host Your Own Server With a Mac Mini

A Mac Mini is simply a desktop computer packed into a small package. A Mac Mini is not as powerful as a normal Mac desktop, but would still have enough power to power most basic webservers.

If you have the technical skills required for setting up a webserver, it’s a potential solution for you instead of going with a traditional host company.

It would have its own Mac address, and you could install any Mac firewall you wanted.

Buying a Mac Mini just to host a website is a more expensive investment upfront.

If you have the right technical skills to maintain it, you do however save money on monthly hosting costs.

Enable Web Sharing on Your Mac in 6 Quick Steps

Additionally, you can actually use your own Mac for personalized Web Sharing, since Macs are equipped with the Apache webserver software. Here is how you can enable web sharing using VirtualHostX:

Download MAMP (MyApache, MySQL, PHP). MAMP does not have a separate installer for the free version, but we can get around this pothole in the next step.

Once you’ve downloaded MAMP, proceed to install it. To use the free version, ensure you click ‘customize’ and un-tick the option for MAMP Pro.

After you have successfully installed MAMP, place your virtual hosts into the following directory: “/applications/MAMP/htdocs”

If you haven’t done so yet, go to your VirtualHostX preferences and set MAMP as your default web server. This is located in the general settings section.

Before you close this window, be sure to select ‘apply’ so your settings are saved. You are ready to launch MAMP!

If you are still confused, check out the online video tutorials for this.

My 3 Top Choices for Mac Hosting

For the most part, you can purchase any hosting plan and manage it with your Mac, even if your host isn’t using Mac servers. While you may run into some problems, picking the right host will reduce the chance of any issues. Here are my top 3 hosts. 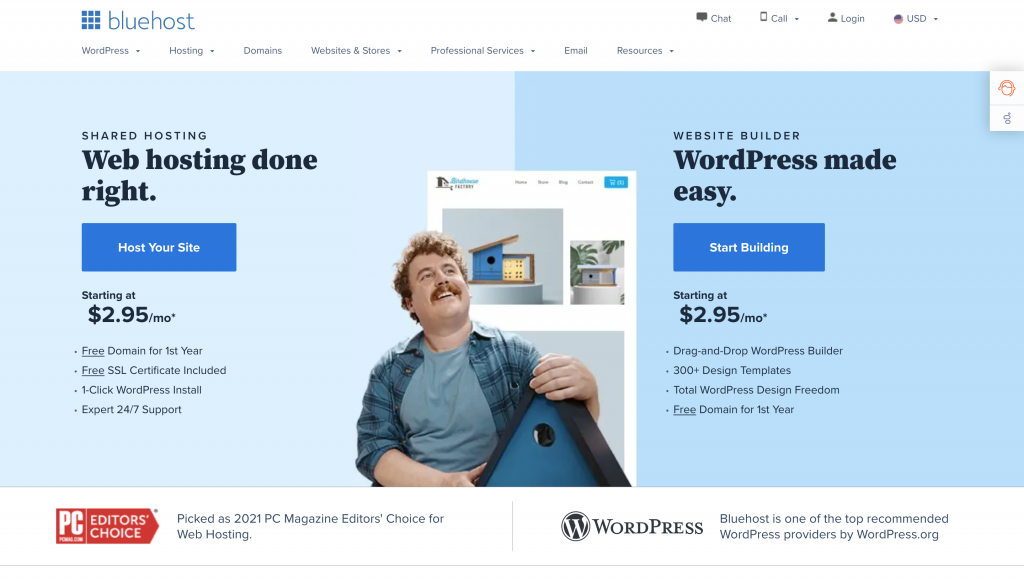 Bluehost’s value-priced hosting packages come with unmetered bandwidth, free global CDN, and SSL certificates, and free daily, weekly, and monthly backups on a powerful and proven platform that is built to scale and optimized for speed and security.

It provides support for Mac Hosting such as seamlessly setting up an email account in Mail on macOS. 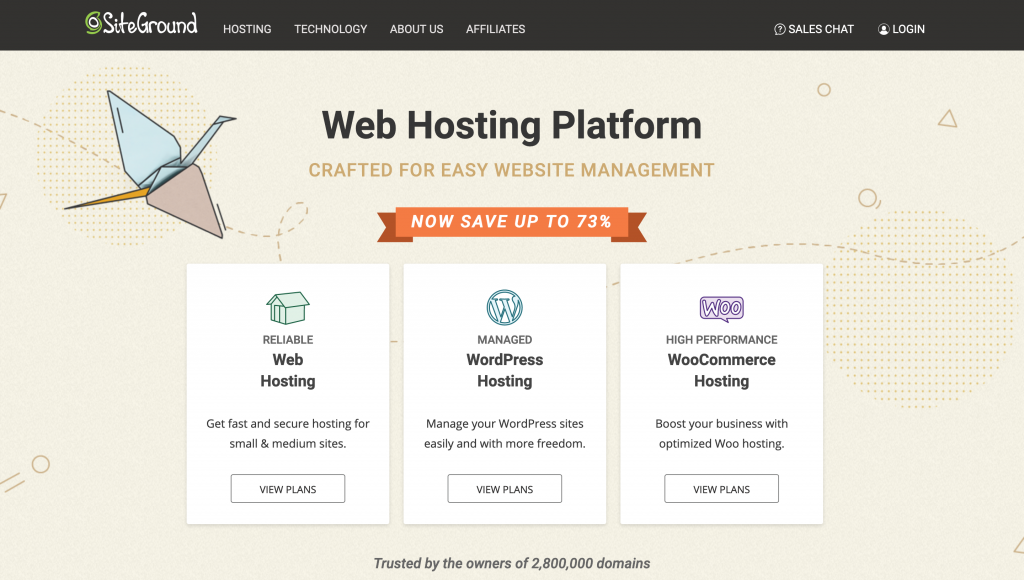 SiteGround’s commitment to heavily enhancing its technology and fine-tuning its behavior allows them to develop powerful speed tools exclusively available to its clients.

It is powered by the new compression algorithm provided by Brotli by default on their Site Tools servers to compress websites and help them load faster. Siteground supports configuring your email to work with Mac Mail. 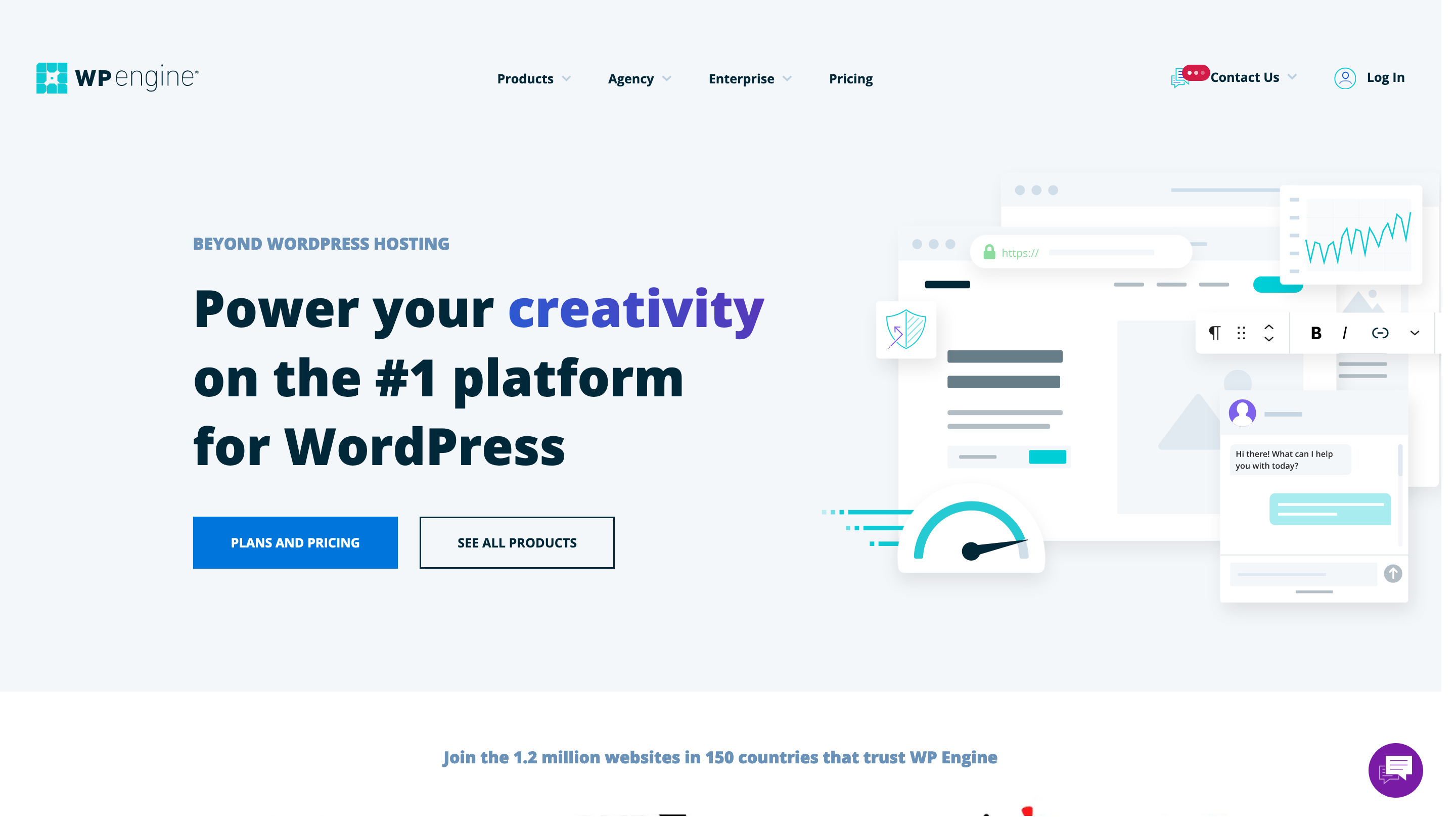 WP Engine is an excellent hosting option for WordPress users. The WP Engine Connect feature will allow Local users to connect any Sites they have created on their WP Engine Account and download associated environments. Local is supported on Mac systems.

With their most basic plan,  you get 10 GB storage, 50 GB bandwidth, daily backups, free automated migrations, 30+ premium WordPress themes, and 24/7 support for one site.

Need a great web host? Want to save some time? This shortlist is your best place to begin:

The Best Domain Parking Services of 2022

Most people who create a website do so on Linux web servers. However, that doesn't mean you should pick just… Read More

The Best Domain Registrars of 2022

A Plesk control panel can work on either a Linux or a Windows web server. If you're used to Plesk… Read More